Read ALL about my review process including how I take swatches, photos, and more here. 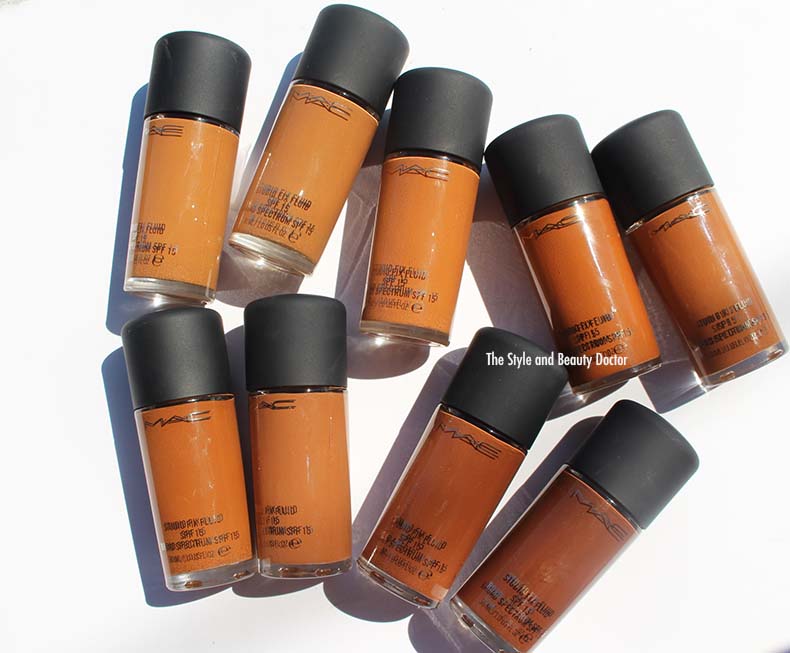 I’ve been a part of the internet beauty world for AGES it seems. Before the proliferation of YouTube and blogs, there were beauty message boards and LiveJournal. I’m STILL friends with people I used to follow on LiveJournal from back in the early to mid 00s. I was a member in a VERY popular MAC Cosmetics LiveJournal community—this was back when MAC was practically the be-all, end-all in the internet makeup world (my, how things have changed) and practically everything in makeup was MAC-centric especially when it came to describing your skin tone. It was not uncommon, and still not uncommon today to describe yourself as being an NC45 or NW47 or NW58. I even used to use MAC foundations as a reference to help you guys figure out your shades when I would review other brands’ foundations. But then some years ago I stopped comparing foundations to MAC. I even wrote a post about it and link to it every time I do a review. But I still get tons of questions referencing a MAC shade, so I figured let me do this post.

Using MAC as a guide can be helpful to a point, but as more and more brands start to expand their shade range beyond Beyoncé beige, it’s practically impossible to keep comparing to MAC shades. Why? Because there’s no uniform guide anywhere with foundation shades. Some brands are a little heavy handed with the red, some go ham on the yellow, some act like brown doesn’t have variations in undertones at all. We beautiful Black and brown women come in all types of gorgeous shades and undertones—some of us might find a brilliant match in a foundation line that tends to go very yellow-based while others in one that goes very red-based. Then there are those of us with neutral undertones (like me). And then many of us tan in the summer—I say this a lot in reviews and other makeup posts, but I don’t always simply go a shade or two deeper when I tan, many times I get redder in undertone–so I didn’t get “darker” so to speak but my undertones changed (and not every tan is the same). So I typically would go from my usually N110 in Cover FX to the P110. But even that isn’t always going to be an exact science—I can tan a little or tan a lot. Which is why things like powders (I have Cover FX powders in N110, P110, and then I use P125 to contour or bronze) and Pro Foundation Mixers are amazing. 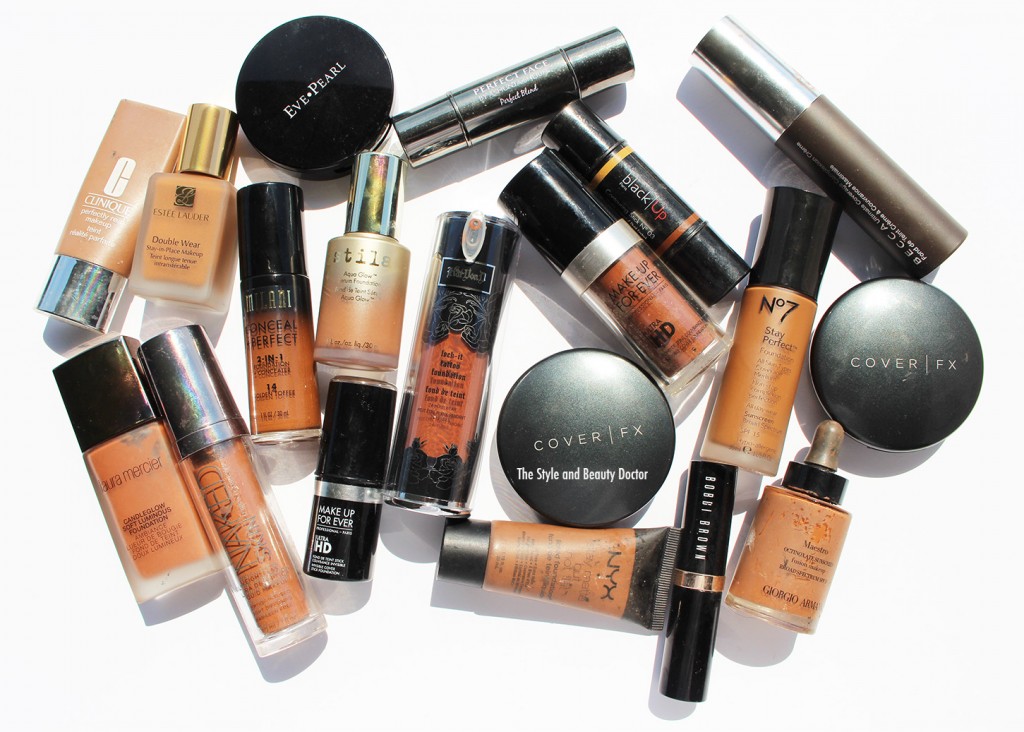 But here’s another reason why I stopped using MAC foundations as a guide (aside from times when brands themselves supply them like SheaMoisture did for their Serum Foundation):

EVERYBODY AND THEIR MAMA IS NC45 OR NW45.

So my thinking behind this phenomena is a bunch of things 1. Some MAC artists were getting really crafty with shade-matching and trying to make their quotas so they put folks in whatever somewhat closely (or in some cases nowhere near as closely) matched their client 2. MAC was the most popular choice of makeup because it’s EVERYWHERE (there are a lot of folks out there who still haven’t heard of brands like BECCA, Cover FX, or Make Up For Ever) and in some places it’s practically the only choice for women with deeper skin tones—I see this a lot when I’m in Europe 3. People were getting shade-matched back when social media wasn’t as popping as it is now so you weren’t taking a gazillion pictures of yourself and then later looking back on those same pictures like “OMG, my foundation wasn’t matching AT ALL.”

Back when I wore MAC foundation, I wore Select Tint, a tinted moisturizer that made my skin look FAN-FRIGGIN’-TASTIC but I had to buy NW45 and NW50 and mix them together to get my shade. No bother for me because that was my foundation jam back then. Then MAC discontinued it, replaced it with something else that goes nowhere near my shade (as of now—who knows if they’ll extend the shades later on), and I moved onto BECCA foundations and then ultimately added on other brands like Cover FX. I haven’t even worn MAC foundations (aside from the random review) in probably a decade. I hadn’t even had a clue as to what the shade extensions MAC came out with some years ago looked like.

But because I do know how hard it is for us women with deeper shades to find a good foundation can be and because I still get people asking what shade would be an NW46 or whatever in another brand’s foundations, I figured I’d put this post together. I wanted to somewhat familiarize myself with the MAC shades again (and get to know the “newest” ones) and also help more people understand why there can’t always be a MAC equivalent to another brand’s foundation shade. Especially since I’m going to be swatching a lot of new foundation shades from brands like Hourglass and Anastasia Beverly Hills this month for #SwatchesInSeptember. 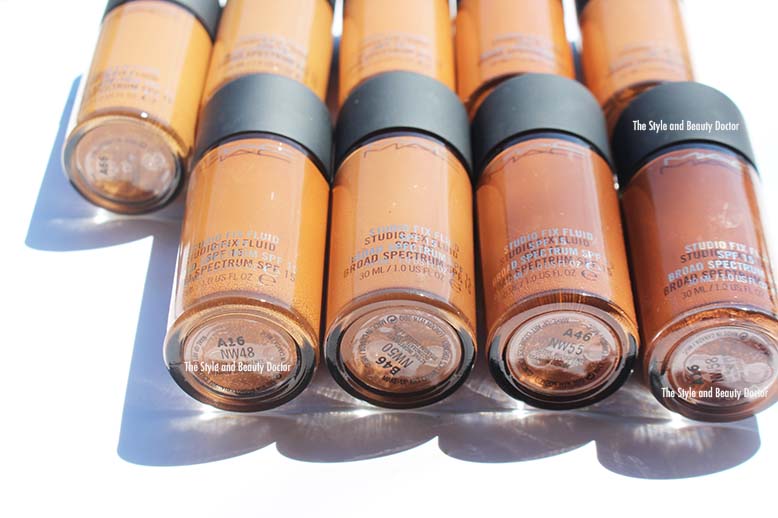 Side note: This is also why highlighting and contouring is important for women of color (which I really explained in my Why One Foundation May Not Cut it for Women of Color post) because of the way so many of us are naturally colored. Many of us are lighter in color in the center of our faces and darker around the perimeter—highlighting and contouring is a way to mimic that—and no, it doesn’t have to be super dramatic all the time. Because if you were to just put one foundation shade over all those beautiful natural shade variations, it can make you look very flat and in some cases unnatural. It’s not about being all one shade when it comes to doing makeup for women of color—it’s all about harmony and balance. You’ll get a more natural look.

OK so enough rambling—but I hope you did read above and didn’t just scroll down to the pics…lol. 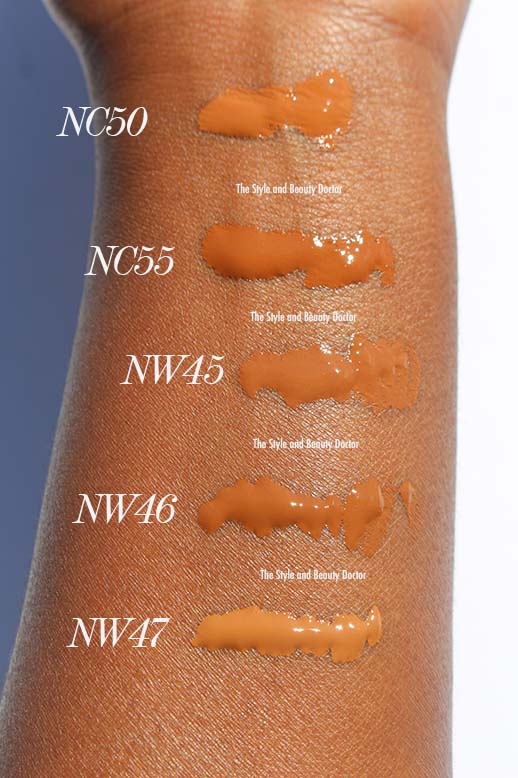 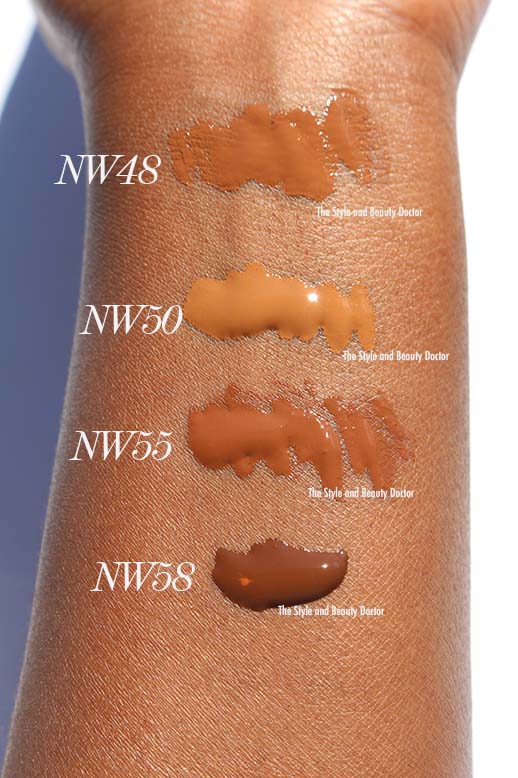 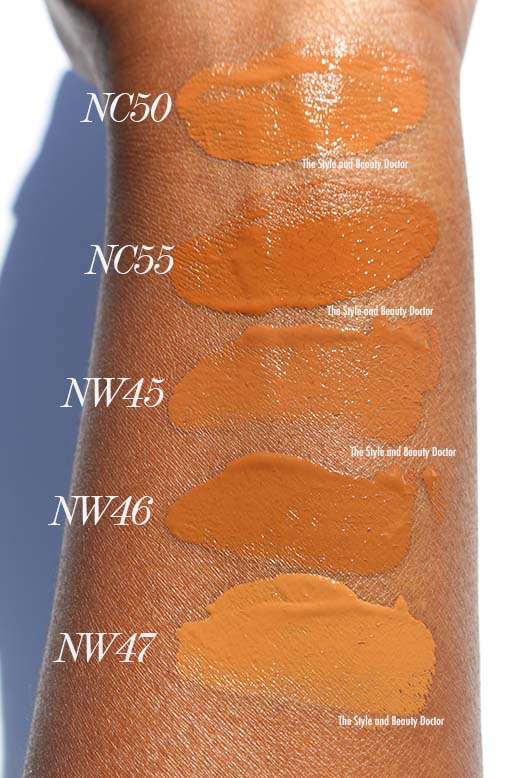 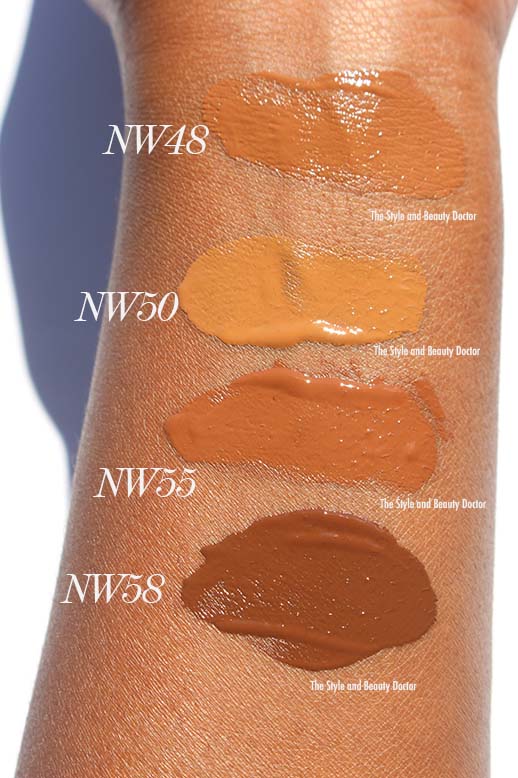 (I have no idea why NW50 looks lighter than NW48—unless my NW50 bottle was mislabeled. I do know that NW50 came first before NW48 and maybe they didn’t want to name NW48 NW51? I dunno)

To drive the point home about MAC equivalents, I swatched a NW47 and NW48 in MAC alongside some other brand shades that are somewhat close in shade (essentially dark brown colors) but as you can see in the pics, they’re far from being good matches for each other. 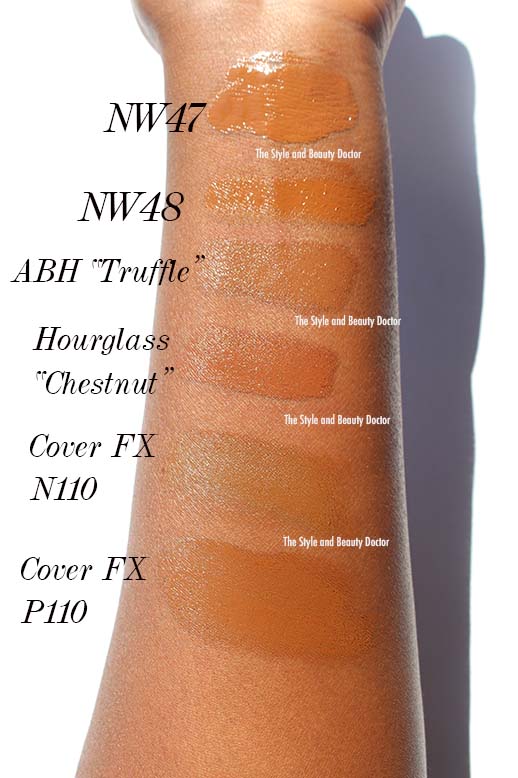 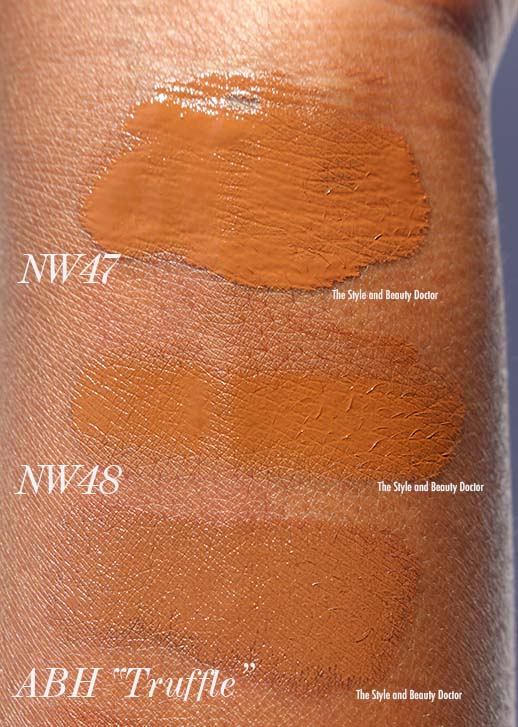 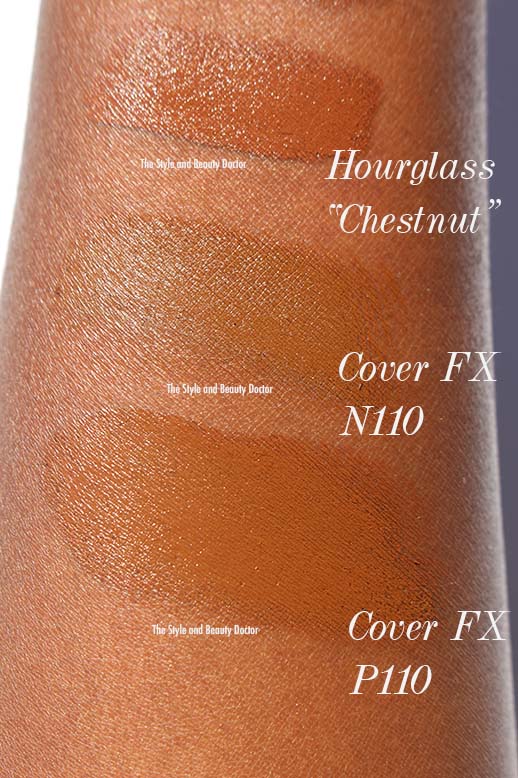 So how do you make sure your foundation is a good match??!?!

I got you! Check out my Foundation 101 video:

What I’m Using on My Skin Right Now

Why One Foundation May Not Cut It For Women of Color

How to Shop Drugstore Makeup When You Have Dark Skin

This post isn’t meant to bash MAC foundations—if you have a great match and formula from the brand, of course continue to rock it. No foundation-shaming here ;)

You may also enjoy: